“I read a study that measured the efficiency of locomotion for various species on the planet. The condor used the least energy to move a kilometer. Humans came in with a rather unimpressive showing about a third of the way down the list….That didn’t look so good, but then someone at Scientific American had the insight to test the efficiency of lomotion for a man on a bicycle and a man on a bicycle blew the condor away.

That’s what a computer is to me: the computer is the most remarkable tool that we’ve ever come up with. It’s the equivalent of a bicycle for our minds.” 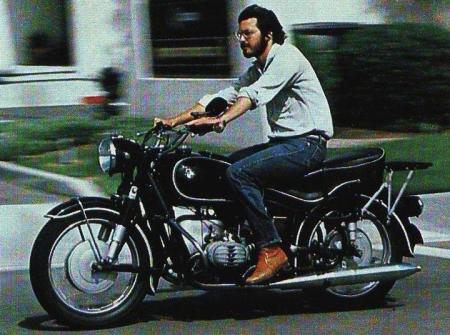